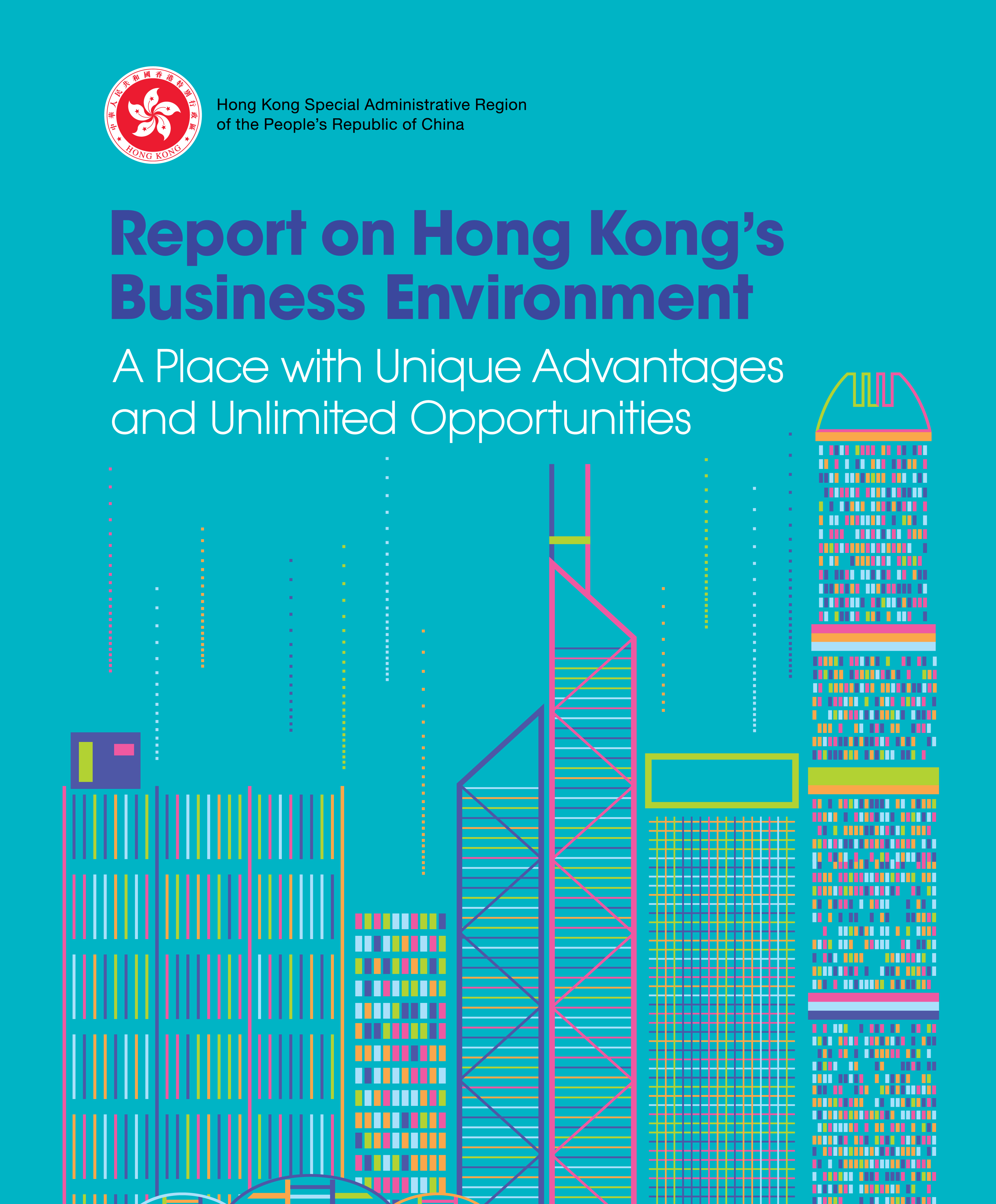 The Hong Kong Special Administrative Region (HKSAR) Government published "Report on Hong Kong's Business Environment: A Place with Unique Advantages and Unlimited Opportunities" today (September 27). The Report reviews and sets out Hong Kong's current business environment and advantages following the events over the past two years, and describes the development opportunities available to Hong Kong under the country's new phase and pattern of development. The Report has been uploaded to the "Hong Kong Economy" website at www.hkeconomy.gov.hk/en/environment/index.htm.

The black-clad violence that occurred from mid-2019 to early 2020 as a result of the proposed legislative amendments to the Fugitive Offenders Ordinance dealt a severe blow to the society and economy of Hong Kong, upset Hong Kong's business environment, and raised business sectors' concerns over Hong Kong's outlook.

Fortunately, following the implementation of the Hong Kong National Security Law (NSL) in mid-2020, peace and stability were promptly restored in Hong Kong society. People's lives and economic activities have returned to normal, and the business environment has also been restored. The subsequent improvement of Hong Kong's electoral system safeguards the full implementation of "patriots administering Hong Kong", enhances the effectiveness of the HKSAR Government's governance, and enables the steadfast and successful implementation of "one country, two systems".

Thanks to these measures, Hong Kong's institutional strengths under "one country, two systems" and other inherent strengths remain intact, including the common law system; a clean and efficient government; a low and simple tax regime; a robust financial system; free flows of goods, capital, talent and information; a level playing field; well-developed infrastructure and digital facilities; a wealth of talent; alignment with the international community; and a safe and quality metropolitan environment with a blend of urban and rural lifestyle. It is particularly noteworthy that the implementation of the NSL has reinforced the sound and robust rule of law and judicial independence.

The Hong Kong economy has always been positioning itself to leverage the support from the motherland while engaging with the world. In supporting the Mainland's reform, opening up and continued development by providing high-value-added services, Hong Kong has gradually developed into an international financial, trade and transportation centre.

The National 14th Five-Year Plan promotes high-quality development and aims to accelerate the establishment of a new development pattern featuring dual circulation, which takes the domestic market as the mainstay while enabling the domestic and international markets to interact positively with each other. This implies an expanding and improving domestic market, an enlarging middle-class consumer group, persistent upgrading of industries and further upgrading of external economic connections. The country's sustained rapid economic development certainly brings new opportunities to Hong Kong.

The Financial Secretary, Mr Paul Chan, said, "Under 'one country, two systems', Hong Kong has built an economic system different from that of Mainland cities, and is a highly internationalised cosmopolitan city. Despite the trials and tribulations during the past two years or so, Hong Kong's strengths remain intact thanks to the solid support of our country. Now the local epidemic situation has stabilised, and the National 14th Five-Year Plan is bringing countless new opportunities to Hong Kong. We will continue to serve as the gateway connecting our country and the rest of the world and perform the functions of a 'super-connector', a high-value-added services platform, an international talent and capital pool and more, and also be an internationally preferred place of doing business.

"Since the implementation of the NSL, Hong Kong's financial market has remained stable, and the Linked Exchange Rate System and various segments of the financial market have been functioning well. There have been net capital inflows into the Hong Kong dollar market. Meanwhile, the banking system has remained robust, with the capital adequacy ratio and the classified loan ratio staying at healthy levels. The financial services sector is on a positive trend, and financial institutions will continue to proactively grasp development opportunities in Hong Kong and the Mainland.

"Local chambers of commerce consider that the NSL has helped stabilise the investment environment. While some foreign chambers of commerce expressed concerns when the NSL was first implemented, they remain generally confident about Hong Kong's business environment after in-depth explanation by the HKSAR Government and their observations on the actual situation."

The National 14th Five-Year Plan sets out clear positioning for the development of Hong Kong. It supports Hong Kong in consolidating and enhancing its status as an international financial, transportation and trade centre as well as a centre for international legal and dispute resolution services in the Asia-Pacific region (i.e. the four traditional centres), while at the same time supporting Hong Kong's development in four emerging areas, i.e. as an international aviation hub, an international innovation and technology (I&T) hub, a regional intellectual property trading centre, and a hub for arts and cultural exchange between China and the rest of the world.

The neighbouring Guangdong Province, one of the most economically vibrant regions in the country, is a world-renowned base for production and exports. In recent years, its I&T and advanced services industries have also developed rapidly. The Guangdong-Hong Kong-Macao Greater Bay Area (GBA) development has become the country's key strategic development and provides the best entry point for Hong Kong to integrate into the national economy.

"Looking ahead, the shift in global economic gravity from the West to the East would be sustained. With our unique positioning provided by the National 14th Five-Year Plan, together with the GBA development, Hong Kong will be provided with new impetus for economic development. As long as Hong Kong can have complementary and co-ordinated development with the Mainland, there will certainly be unlimited business opportunities for local industries and foreign enterprises in Hong Kong. In addition to continuing to serve as an important node in the international circulation of our country, Hong Kong will also participate in the domestic circulation of the national economy through the GBA, thereby opening up opportunities for further development.

"The HKSAR Government will strive for institutional and policy innovation to assist local and overseas enterprises in Hong Kong to capitalise on the new potential to propel the Hong Kong economy up the value-added ladder. We hope that Hong Kong enterprises, the public and international investors can have an in-depth understanding of the overall development direction, grasp the new development opportunities and share the fruits of development," Mr Chan said.